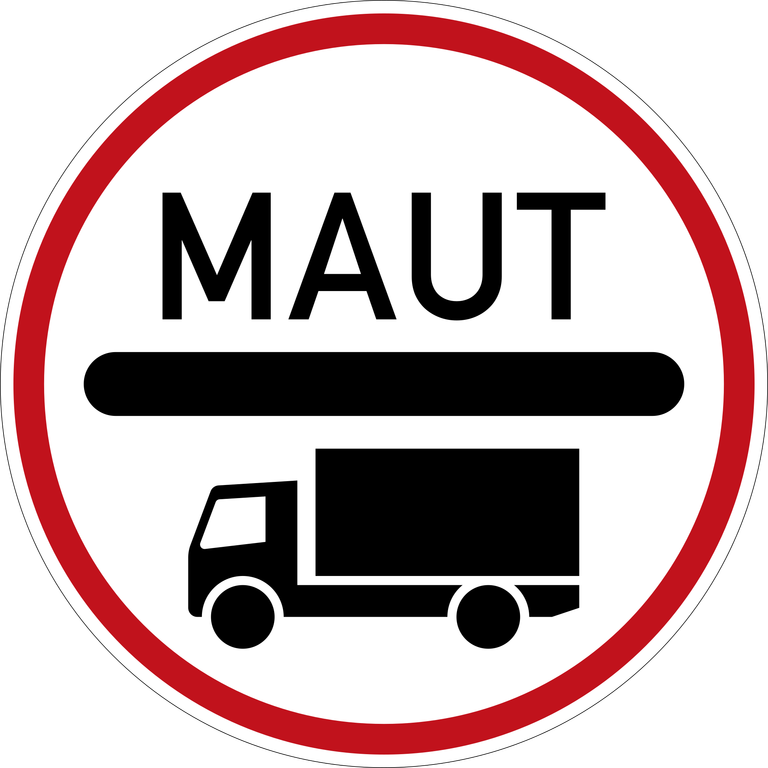 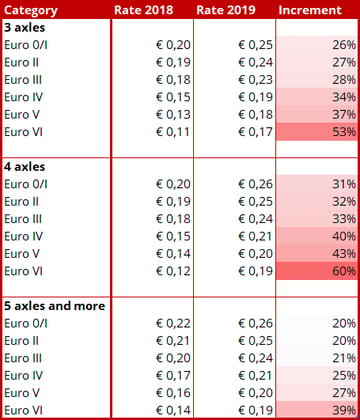 This results in considerable increases, which certainly do not only affect the most polluting vehicles. This table shows that a truck with a Euro VI standard suffers the highest increase, with a peak of up to 60% more toll for vehicles with four axles. The rates for cleaner trucks remain lower than those for the more polluting types, but the gap is getting smaller. Not really an incentive to switch to a fleet with less emissions. Source: Transport and Logistics The Netherlands

Euro-5 and Euro-6 trucks represent the biggest fraction of the trucks driving through Germany and that fraction will undoubtably increase. A rough estimation of the average toll cost increase of 40% is therefore reasonable. So what will the impact on the total transport cost  for carrier companies be?  Using a average total cost of 1 €/km for trucks, with a conservative average of 15% coming from the toll costs, a toll cost increase of 40% would mean a total transport cost increase of 6%. For an industry that lives on extremely thin margins, often <1%, this is a huge blow. Needless to say that such an increase weighs on the total budget of the transport activities, but also on the commercial strategy.

The cost that a carrier charges its customers will change in function of the route adjustments. That is why it is also important to know what the toll increase will really cost you.

Transporters who want to anticipate take the toll costs into account when optimizing the routes they want to travel through Germany. In practice, that means mapping the toll roads and avoiding them if desirable, but the exercise is more complex than avoiding expensive highways. The exact toll you pay depends on the emission standard, the weight and the number of axles of the truck. Such an exercise starts from a framework that makes clear on which roads you drive, where toll is applicable and what the rates are. This is an intensive assignment, because it requires manual validation of the data.

Investing in the fleet

The solution, as said before, can be more varied than choosing a new route. Changes in the fleet can also be an option to save costs. Our experience at Conundra with the development of an application that helps a transporter anticipate the toll increase teaches in any case that it can pay to think in that direction. For example, it may also prove opportune to opt for an investment in new trucks that have a lower number of axles or that pollute less. Even if the rates increase there, you save on switching from, for example, a Euro IV to a Euro VI truck. It is an exercise that can help any transporter who finds Germany on its way to get on the spot as quickly and as un-costly as possible from 2019 onward.