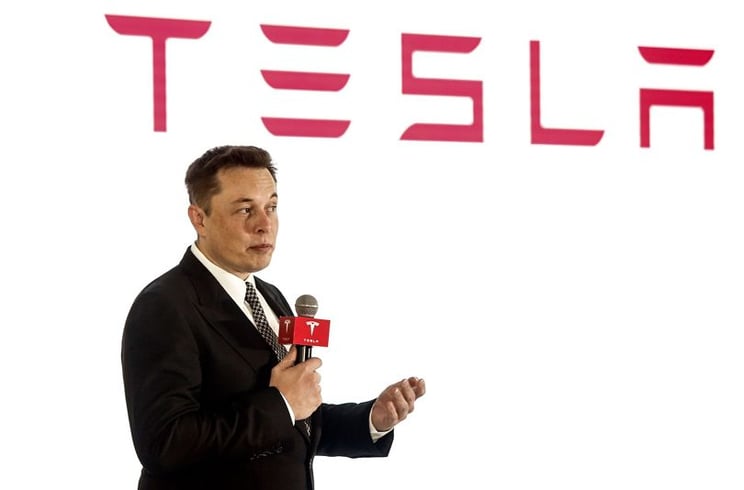 Awesome, Tesla released their master plan part II. Work in routing algorithm development seems to be assured given their next steps:

2. High passenger-density transport & fleet system decoupled from fixed bus stop locations and a fixed time schedule, but operating in a real-time pickup-and-delivery context. Passengers use a phone app (or a touch screen at a public location such as regular bus stop locations) to request a transport to another location. Routing algorithms then decide which vehicle of the fleet will fulfill this transport, minimizing the delay caused to current passengers and other scheduled passenger pickup and deliveries. As a bonus challenge to optimizers: lots of stochasticity to take into account during optimization. For example, you do not want your entire fleet to be present in one part of the city when you know there is going to be a high probability that many pickups will be required in the other part of town when a big football match is about to end.
3. Full autonomous vehicles are game changers on all levels as it creates new markets. However, for the existing routing applications, in some cases, autonomous vehicles simplify the underlying optimization problems. For example, as mentioned above, driver break times no longer have to be enforced. However, almost every application now becomes a 24/7 application requiring algorithms to consider rolling horizons. It also implies that starting a logistics company becomes easier and, therefore, margins will become even thinner. Consequently, having a state-of-the-art routing algorithm guiding your fleet of vehicles in a cost-optimal way will become even more crucial.


4. Elon seems to outmatch my optimism in the autonomous vehicles regulatory timeline, expecting worldwide regulatory approval when their fleet has driven around 10 billion kilometers. Given an accumulation rate of 5 million kilometers per day, this results in a time frame of about 2000 days or 5.48 years. Awesome!

This also means that developing new algorithms for the coming new markets will have to happen fast: better get started now (or even yesterday)!